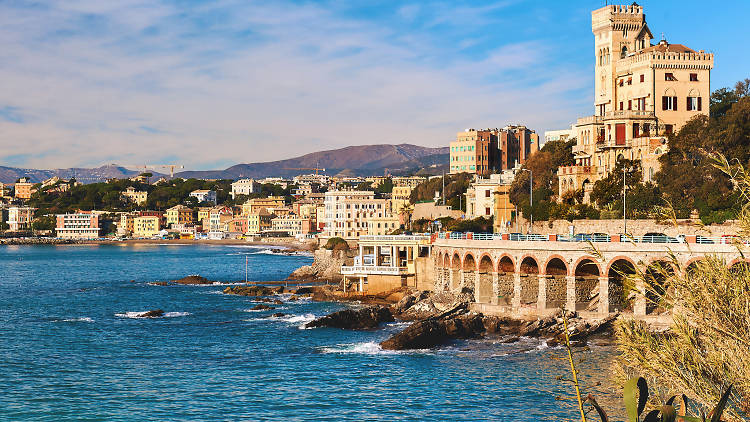 Liguria is located in the northwest corner of Italy, and Genoa serves as the region’s capital. It has a long and distinguished history, and it is considered to be one of the most important ports in Italy. Genoa is the largest historical hub in Europe and the birthplace of both the famous explorer Christopher Columbus and the talented violinist Niccolo Paganini. It was the capital of the once powerful and affluent maritime republic of Genoa. The sea, the best superyacht marina in Italy, countless magnificent ancient palaces and stunning places hidden among the little passageways and evocative of prior wealth, excellent gastronomy, and a particular port atmosphere are all contributors to the city’s exceptional appeal. Because of all of these factors, Genoa is often considered to be one of the most fascinating cities in all of Italy.

The city of Genoa may be found in the far northwestern region of Italy, close to the “toe” of the “Italian boot.” The city is surrounded on three sides by water, the Apennine Mountains, and the Gulf of Genoa on the Ligurian Sea. It is laid out in a long, thin strip along the coast of the Gulf. The climate may be described as subtropical and humid. The winters are damp and rather moderate, while the summers are hot and muggy. Rainfall of greater than 1000 millimeters is recorded each year.

The city of Genoa is a wonderful place to go shopping. This region has a plethora of shopping options, including antique shops, upscale grocery stores, and designer clothing boutiques. The Via Settembre is lined with well-known name-brand stores. The enormous shopping district of Fiumara can be found in close proximity to the train station.

The food of Genoa has garnered a lot of attention throughout the years. The staples of Ligurian cuisine include pesto sauce, focaccia, fresh seafood and fish, pasta, and farinata (chickpea dish). Pizzerias often offer delicious pizza to their customers. The Piazza delle Erbe is a well-known location that is home to a large number of cafes and eateries. Numerous eateries offering reasonable prices may be found along the Via Garibaldi.

Why choose a forex card over cash for your international trip.